I have learned over the past months that making a RPG system is a lofty task. It needs to be thematic. It needs to be innovative in some way. It needs to have clear and concise rules that heavy role players and newbies can understand. Most important, it needs to be fun! Sure it can be easy to poach simple D20 rules and layouts in the fashion of Dungeons and Dragons or Pathfinder. The community would even support the idea and chalk it up as hacking a system. There is the old adage that amateurs borrow and professionals steal from their peers! So I began to delve into the independent RPG scene. It turns out there are tons of cool innovative RPGs with unique settings and mechanics.

I attended the 2016 Ennies at this year’s Gencon. The Ennies are more or less the Oscars for role playing games. This year there were plenty of systems and adventures doing truly special things. For example, Dracula Dossier by Kenneth Hite won five awards including product of the year. Feng Shui 2 by Robin D. Laws (Atlas Games), won 3 awards including Best Rules and Setting. The Curse of Strahd by Chris Perkins won 3 awards including best adventure. Finally, Maze of the Blue Medusa by Zak Sabbath won 3 awards including best electronic book. Those were the big winners of the ceremony, but plenty of the nominees were impressive. Some worth mentioning are Ten Candles, Dragon Age, Urban Shadows, and The Baby Bestiary.

The Ennies were eye opening experience for me. I couldn't believe how deep the rabbit hole is when it comes to discovering great role playing games. Also, it was fun to drink and rub elbows with some of the best and brightest minds in the RPG community. So after putting in a wee bit of research, I’ve decided to discuss some great Role Playing Games that you may not know about.

So if you have watched Will Wheaton’s Tabletop, then odds are you have heard of this Horror RPG. I felt it's worth mentioning because of how innovative the system is. In Dread, you play out a horror story in one night where the players test their skills by pulling from a Jenga tower. If the tower falls then that player dies in the game and the tower is reset but now built with a rockier foundation. The use of Jenga creates the tension, terror, and “Dread” of a horror movie in a way that rolling dice could never achieve.

Polaris is a standard D20 system developed in France, where most checks are using a D20. It’s the setting that shines for Polaris. If you’ve ever seen the 90’s television show “Seaquest”, then you’ll know why I’m geeking out. This is a post apocalyptic setting where all humanity could no longer live on land. We built domed communities underwater to survive. Now we live deep down in the depths of the ocean! Also, the art in the recent kickstarter edition by Black Book Editions is top notch. 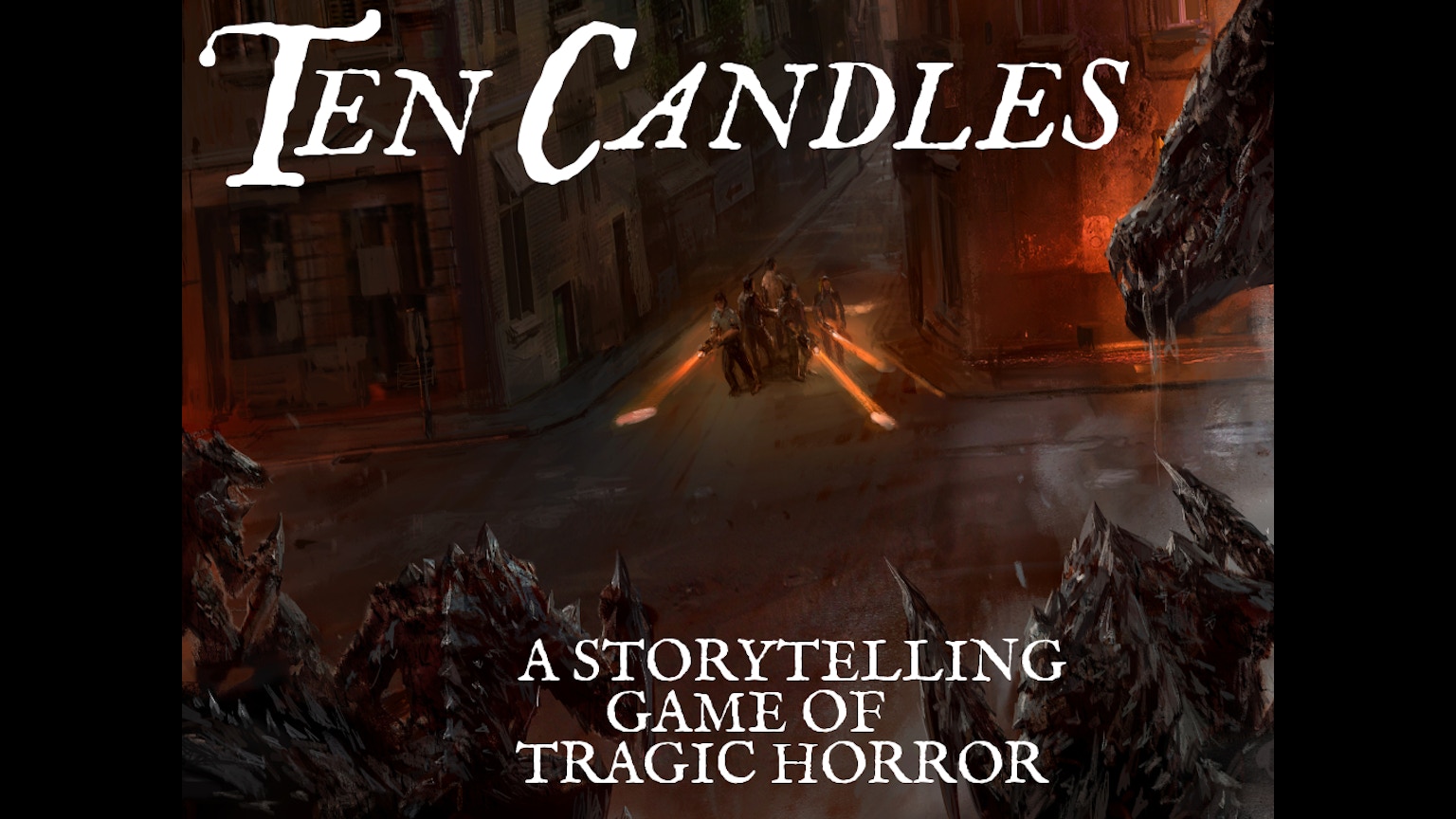 This RPG is like “Dread” in the sense that it is a one shot horror game. Dread is a survival horror game and Ten Candles is a tragic horror game. You may be saying what’s the difference? Well in Dread there is a chance that you or someone may survive the game. In Ten Candles everyone will die horrible and tragic deaths before the game is over. The fun is in setting up these awful endings to all the player characters. Also, as things get darker in the game it gets darker in the room! In Ten Candles, you sit in a pitch black room that is only lit by (you guessed it) Ten Candles. As things worsen players will blow out the candles until the room is nothing but darkness. If that’s not poetic and gut wrenching I don’t know what is.

Leave it to astutely named Emily Care Boss to create one of the originators of romance role playing games. The Romance trilogy focuses on love when it’s messy, tragic, beautiful, and breathtaking. It’s considered a trilogy because there are three different modes of play. “Breaking the Ice” is a 2 player RPG (who knew those even existed!) that focuses on a couple falling in love. Now like in life true love isn't a guarantee. The game jumps around the couples timeline to focus on all aspects of a full relationship. “Shooting the moon” turns that concept into a three player game. Now, two suitors sabotage each other as they vie for the affection of their mutual beloved. “Under my Skin” is the last in the trilogy of the human heart. This LARP follows an incestuous group of friends who love and damage each other but fissure in the symbiotic
relationships. These games are poetic, eye opening, and even cathartic in their essence.

Maze of the Blue Medusa

So far all these entries have been role playing games. This is the first adventure. What makes this adventure so special? Well it’s an epic mega dungeon crawl that functions with any role playing system. This book is art in written form. It weaves a beautiful and epic adventure that literally any group can play. Although, it's recommended to be used with a known fantasy RPG system.

Okay, so now it's shameless plug time! If any of these games seem cool just let us know on Twitter and Facebook. We happen to be making a indie Roleplaying game as you’re reading this. Are you interested in playing a dice-less action movie themed role playing game? If the answer is yes, then please sign up to play test. Do you live in Minnesota? That's even better because we have been focusing our play testing in the twin cities area. If you're not living in Minnesota we would still love for you to sign up. We will be needing groups to send print and plays or prototypes too as we move forward.

Alright I'm off to go watch "The Raid" for research. It's "tough" work making a role playing game guys. Also keep your eyes peeled for updates on Cineplex our action movie RPG. It's still in the beta test stage, but I think it's pretty dang cool!